The National Land Value Capture Programme, with notable support and involvement from both the Cities Support Programme and the Lincoln Institute of Land Policy has launched the LVC Webinar Series for South African Metro officials. The primary objective of the Webinar series is to improve understanding of the Land Value Capture concept and the different contexts in which the LVC concept is applicable in order to ensure that the application across metros in South Africa relevant and effective. The target audience for the webinar series is metro officials across the country. The intent is to promote peer-to-peer learning across the metros and in doing so building a community of practice amongst government officials at the level of practical implementation of Land Value Capture mechanisms. The webinar series commenced in August and will continue into 2022. 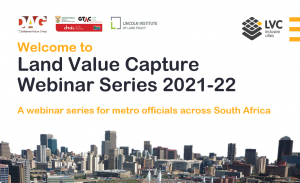 The fourth webinar for metro officials was hosted on the 11th of May 2022 and considered the principles and approaches employed by local government spatial planning teams to stimulate urban regeneration, spatial transformation, and value creation. The session began with a detailed and thought-provoking input from officials from Cape Town on their experiences and lessons learnt in planning and implementing the Parow Prioritised Local Area. This initiated a conversation between the different metros in the room, particularly on value creation- the various means and unintended consequences- and the preconditions for value capture. 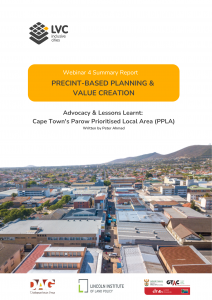 The third webinar for metro officials was hosted on the 1st of December 2021 and sought to unpack some of the local experiences in conceptualizing Transit Orientated Development (TOD) plans and strategies. The session began with a thought-provoking input from officials from Johannesburg on their experiences of implementing TOD. This initiated a conversation around the experiences of other metros, as well as shared challenges and blockages faced. Later the focus of the discussion shifted to existing and future opportunities to embed LVC tools in TOD plans as a way to potentially address some of the blockages faced at municipal level. 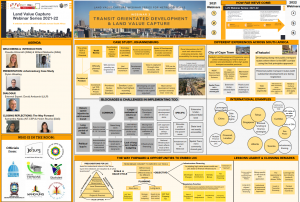 The second webinar was hosted on 15 September 2021 and was well attended. LVC expert David Amborski, from the Lincoln Institute of Land Policy & Ryerson University, led the session with a presentation and training of Land Value Capture tools and the different contexts in which the tools are applicable. Important and South African specific commentary was delivered by Willard Matiashe, which spurred on further local discussion. 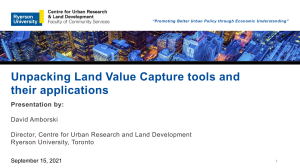 The webinar series was launched on 12 August 2021 with this introductory webinar. Notably, officials from all eight metros were present, as well as representatives from National Treasury, the CSP and a host of local and international LVC experts. Samantha Naidu from the CSP framed the relevance of LVC in South Africa highlighting how the LVC concept intersects with spatial transformation and the municipal fiscal sustainability agenda. Thereafter the project team facilitated an interactive presentation on Land Value Capture concepts and this became the basis for an engaging plenary discussion. 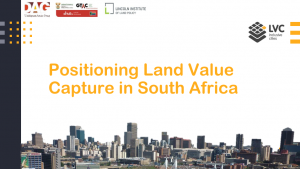 The CEPT Research and Development Foundation (CRDF), India supported by GIZ India, and, the Development Action Group (DAG), South Africa in association with the City Support Programme in the National Treasury and the Lincoln Institute of Land Policy, hosted an International Round Table aimed to facilitate peer learning based on the experiences of Inclusionary Housing / Inclusionary Zoning in cities of the global south: Ahmedabad, India, and Cape Town, South Africa.

With the concept of Inclusionary Housing originating in the United States in the 1970s, most of the available literature focuses on experiences from the Global North, particularly United States and England. However, similar policies have also been successfully implemented in several cities in the Global South. The 2-hour International Round Table drew on experiences of the Inclusionary Zoning Regulations in Ahmedabad, India and Inclusionary Housing in Cape Town, South Africa and deliberated on successes and failures in various cities in India and South Africa, key learnings, practice, outputs, outcomes and its integration with local planning. The Roundtable took place virtually on September 3rd. 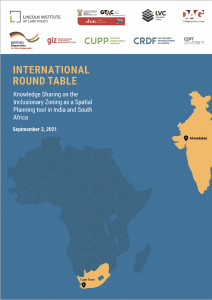 The Development Action Group, in partnership with the Cities Support Programme and the Lincoln Institute of Land Policy hosted the launch of the National Dialogue Series on Land Value Capture. The aim of this  National  Dialogue Series is to structure,  hold and facilitate a  very strategic high-level conversation focused on LVC related issues and concerns at a national level. The National Dialogue is an integral part of building a national community of practice and includes officials, academics, consultant professionals and activists. The first Dialogue took place virtually on June 28th at 14:30 – 17:00. 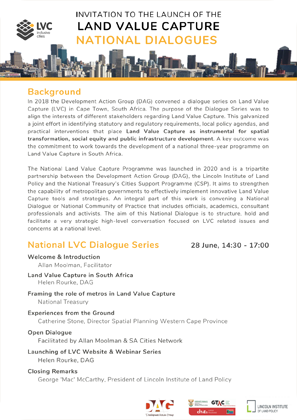 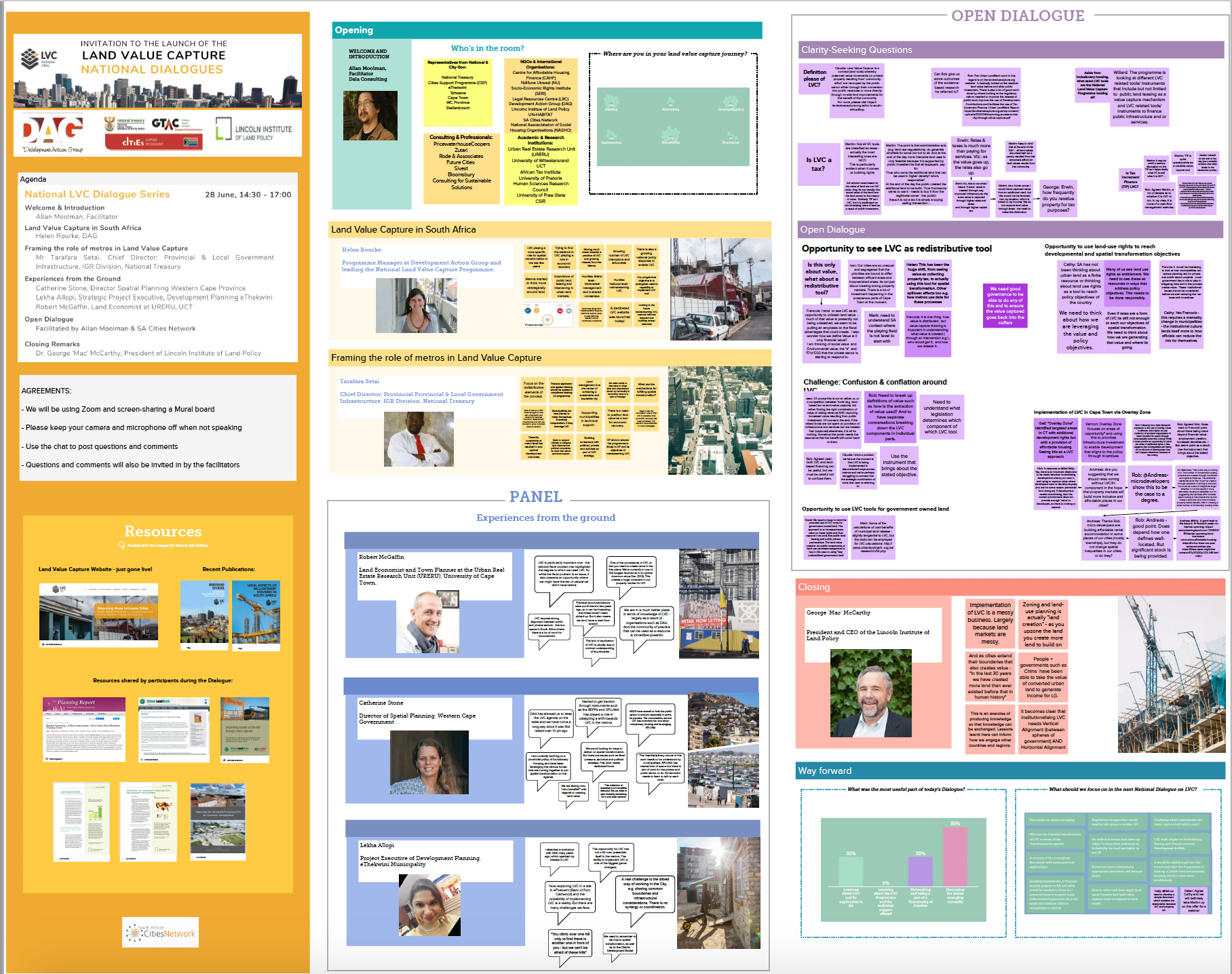 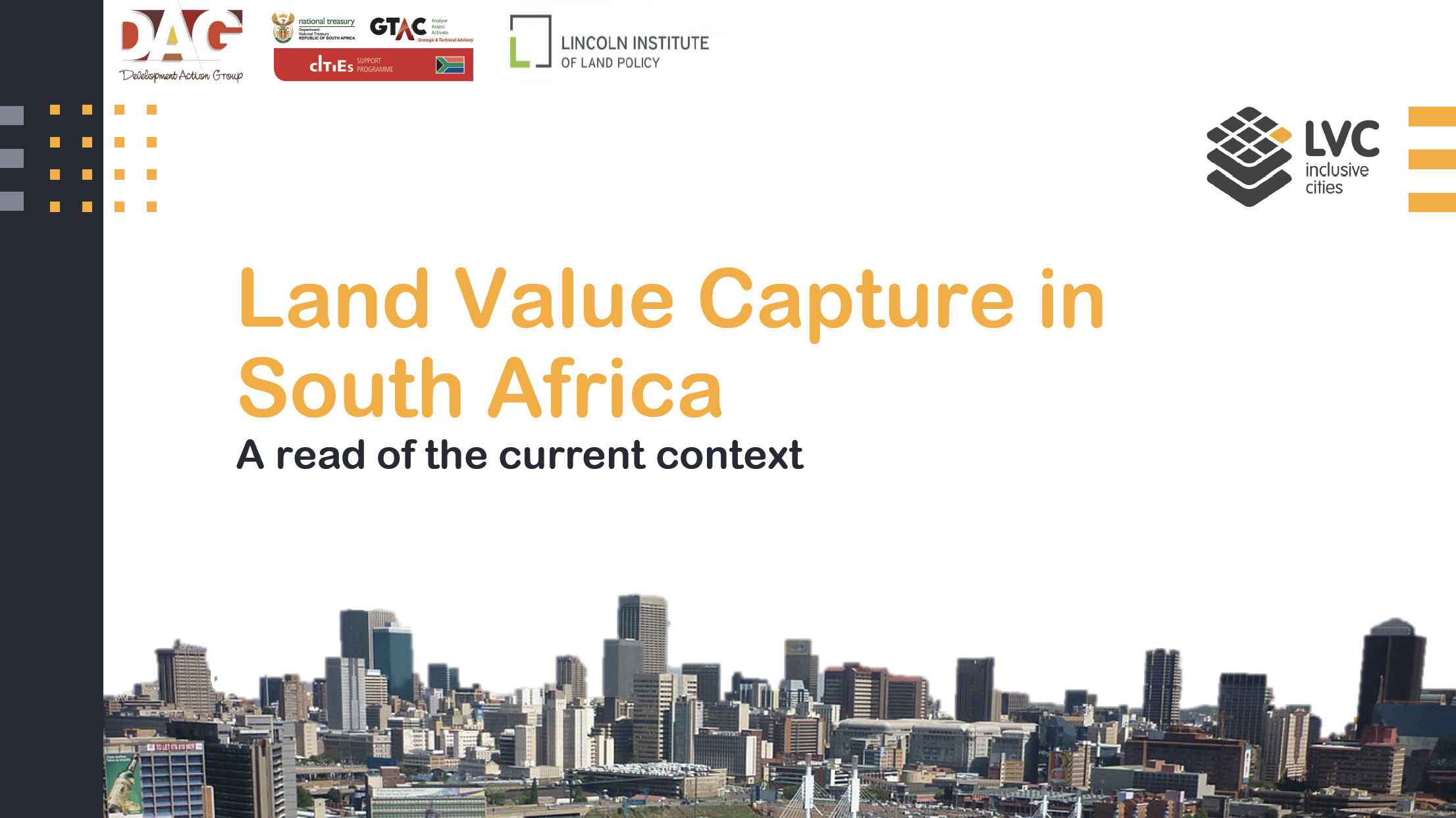 Who we are
How we work
The Partnership
Events
Opportunities

This website uses cookies to improve your experience while you navigate through the website. Out of these, the cookies that are categorized as necessary are stored on your browser as they are essential for the working of basic functionalities of the website. We also use third-party cookies that help us analyze and understand how you use this website. These cookies will be stored in your browser only with your consent. You also have the option to opt-out of these cookies. But opting out of some of these cookies may affect your browsing experience.
Necessary Always Enabled

Performance cookies are used to understand and analyze the key performance indexes of the website which helps in delivering a better user experience for the visitors.

Analytical cookies are used to understand how visitors interact with the website. These cookies help provide information on metrics the number of visitors, bounce rate, traffic source, etc.

Advertisement cookies are used to provide visitors with relevant ads and marketing campaigns. These cookies track visitors across websites and collect information to provide customized ads.

Other uncategorized cookies are those that are being analyzed and have not been classified into a category as yet.